Yesterday, I was spellbound watching the sentencing trial of Larry Nassar — the disgraced U.S.A Gymnastics Doctor and to date, the most notorious sexual abuser of all time. The courage of his 150 plus survivors – whether they were in the courtroom or had their statement read publicly by others was beyond palpable. It was heartbreaking, breathtaking, enraging, unsettling, gut-wrenching and yet empowering.

It was also disruptive.

I watched for hours yesterday as the Assistant Attorney General Angela Povilaitis gave her closing remarks, and while painful to hear I felt I needed to stand in solidarity and support of these brave women by continuing to watch.

Followed by the chilling words of Judge Rosemarie Aquilina’s…

“The national crime victimization survey that’s done by the (US) Justice Department annually reports that 310 out of every 1,000 assaults are reported to the police, which means that two out of three go unreported. To the voices of everyone that report, keep your voice up…”But that statistic does not include children 12 and under. One in 10 children will be sexually abused by their 18th birthday. One in seven girls and one in 25 boys by their 18th birthday. Click To TweetThat means that in the United States, I am not talking about any other country, but in the United States, 400,000 babies born in the US will become victims of child sexual abuse. It stops now. Speak out like these survivors, become part of the army.”

And it was these words that started my day unraveling, knowing I am a part of that army and I have kept quiet.

Some of what I will share here may be shocking to some and vaguely familiar to others who read this.

Survivors rarely tell their story. They allude to it, they comment about it, #hashtag about it. But what I saw yesterday is a new call to action. It is no longer about #metoo; it is about becoming an active part of the NEW ARMY OF WOMEN… Click To Tweet

This is the path most every survivor takes. The trajectory, the loss of innocence, modes of escape, coping, scrambling, loss of identity and self-esteem.

From the time the abuse begins, it starts to alter your lives trajectory. For me, it started when I was 2 ½ years old and ended when I was 12 years old. I trusted no one; I demonstrated signs of depression at the age of 8, I became an overachiever, pleaser, rebel, protagonist, manic-depressive, disruptive force of nature. I resisted and challenged authority at all costs. My self-esteem and innocence had been ripped from me and continued to be each time the abuse happened.

For me, it started when I was 2 ½ years old and ended when I was 12 years old. I trusted no one; I demonstrated signs of depression at the age of 8, I became an overachiever, pleaser, rebel, protagonist, manic-depressive, disruptive force of nature. I resisted and challenged authority at all costs. My self-esteem and innocence had been ripped from me and continued to be each time the abuse happened.

As a teenager, I competed in every sport possible to keep my body in motion, and I showered three times a day to ride myself of the body memories. I wanted to be strong, acknowledged, and noticed for something other than a victim to be abused.

I often worked two jobs and slept as little as possible to keep the flashbacks manageable and self-medicated either through extreme sports, medications or other.

If you capable of having any personal relationships, you are usually the one hurting others, breaking their hearts and finding ways to leave the relationship so that you won’t get hurt. We call this self-protection.

As an adult finally digging deep into the memories with a gifted therapist, the pain was too much to process, the auditory and visual hallucinations exhausted me, and I was hospitalized, which saved my life. Some of these never go away for survivors; they just learn to live with them. Mine has nearly diminished over the years.

After spending over 30 years in intensive therapy, finding the most patient, non-judging, loving and supportive partner in life, learning to make healthier choices and a thorough medication review by a gifted psychiatrist I have found myself in a place where I enjoy life, and it is less disruptive. Some survivors never make it to this place, they die young for many reasons; overwork, accidents, self-harm, self-medication, credible illnesses caused by years of anxiety.

I continue to have cellular memories that impact most of my day regardless of the intervention. A gifted therapist or doctor will understand these impacts. You never have to explain the definition or effects to a survivor – they get it every time. I manage these memories with meditation, walking, writing, playing, gardening, and managing my sleep as best I can.

What you witnessed yesterday in the courtroom was each survivor taking every ounce of energy they had to stand strong, be courageous and confront their abuser. It was/is life changing for them and has set them on a new path forward. This is what the path to recovery looks like – strong young women, confronting their abuser, and being heard by their family, friends, and community. And most importantly being believed, acknowledged and supported. They are on a path to rebuilding their self-esteem, reclaiming their power, and redefining their precious lives. 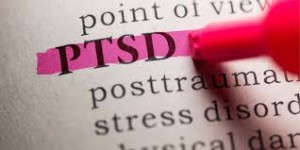 What the public won’t see, and that only their close support system will see is the unraveling that happens behind the scene for survivors with PTSD, as it did for me yesterday anytime there is a ‘triggered’ event; Harvey Weinstein, Kevin Spacey, Donald Trump, Matt Lauer, David and Louise Turpin, Larry Nassar and others yet to come. These are the cellular and emotional memories that get triggered each and every time your memory is triggered.

Here is what it looked like for me yesterday and on most days when my PTSD is ‘up.’ Sitting for long periods of time not able to move, walking in circles not knowing what you are looking for, anxiety, inability to have long conversations, edginess, sadness, sleepless nights, finding mind-numbing activities to engage in, your body crawling and unable to relax, and displaced anger. These are not isolated symptoms, but common symptoms for almost every survivor. They can last as little as a few hours, or go on for days.

We all have our means of support that work for us. Mine is self-care, gardening, fresh air, cooking, cleaning, organizing.

My responsibility is to communicate when my ‘PTSD’ is up and take care of myself, not depend on others to take care of me. I need my space; I also need to allow others their space. I need to let myself to be vulnerable (as I am doing here) and I need to acknowledge and claim my essence. I need to walk, exercise gently, express my love, and remember this is all in the past – it is not happening again.

My other responsibility is to protect my young son. This morning as I was fighting back tears of sadness I realized I needed to share my pain and sorrow with him. It is one of the most courageous and powerful things I have done as a parent to this date.

As he was getting out of the shower, I sat him down and told him I was feeling sad and it had nothing to do with him. I told him that the man on television yesterday had done bad and hurtful things to young girls and that the same thing had happened to me, which was making me sad all over again. I wanted him to know that my job as a parent is to protect him from bad people, like Larry Nassar and that is why we as his parents and his doctor talk to him about safe touch and protecting his body. And that, we are always there to listen to him, we will always believe him, and we will always protect him.

I started this post by saying yesterday was heartbreaking, breathtaking, enraging, unsettling, gut-wrenching and yes empowering, and disruptive, which it was and still is today.

However, I also said I was a committed voice in this new army who pledge to speak out and speak up to prevent any form of abuse within my sphere of influence. Hopefully, I have done so by sharing this with you today.